One time my brother gave me ten years of old Cook’s Illustrated magazines. Reading through them was like reliving Dan’s culinary phases. Oh, yeah, remember when he was making sausage?  There’s the artisan bread recipe! Here’s where he learned to make risotto! Adding nutmeg to stroganoff might not have been an original idea…

I used to think my brother was a genius. (Ha ha, bro!) Then I realized he was merely an amazing reader who followed fantastic recipes.

The first thing I did with the magazines was cut out the Flemish-ish art and frame it.

Because I admire Christopher Kimball’s voice, I recently read through ten years of essays to assay his writing. I immersed myself in them in one week. A very few were ‘meh;’ most had a phrase or thought I copied into my journal.

His overarching theme is one of my own soap boxes, the importance of families eating together, a concept he encapsulates in the word familiar. Here are ten quotes I gleaned.

After I read the last essay, I read a few articles about Christopher Kimball, the man. I was saddened by his divorce, and laughed out loud at this sentence by Alex Halberstadt: “His real difficulty as an evangelist, however, is the one afflicting most multimillionaires who expound publicly on the virtues of simple living.”

As it happens, Kimball has left Cook’s Illustrated to begin a new magazine called Milk Street. Clever name, I thought, wrongly guessing it was an idiom like in tall cotton. Turns out it’s the street where Kimball’s offices are located.

Last night I started a biography of Benjamin Franklin that a friend wants me to read. When I read that Benjamin was born in a house on Milk Street in Boston, I just laughed. Once again, my reading life has synchronicity, serendipity and sweetness.

Little did I know, last fall when I read Shauna Niequiest’s Bread and Wine , that soon I would employ one of her coping mechanisms for dealing with grief—reading cookbooks. Without a plot there isn’t story grip, but that works well when it is hard to focus. Shauna’s book is simply a memoir with a few recipes. Besides introducing me to Nigella, I found her thoughts on hospitality and on feasting/fasting helpful.

Nigella Kitchen is the first full-length cookbook that I read like a novel. Ah, Nigella! This was the best choice for me.  She writes with sparkly and surprising words, tosses in literary allusions, and takes unalloyed pleasure in alliteration. (I was at the stove, pontificating and pottering, occasionally pushing and prodding what was in front of me with a pair of tongs…) Her words are cozy and comforting: those of us who warm our souls by the stove and the solace of stirring. The pictures are sumptuous. This is all the joy of butter pecan ice cream without the calories.

A friend gave me Gluten-Free Girl and the Chef , a gluten-light person (except when I’m not). Two things drew me to Shauna Ahern: her response to a celiac diagnosis—saying ‘yes’ to everything she could eat instead of mourning what she couldn’t— and her deep/high/broad respect for her chef husband. There’s almost too much dancing and kissing and gazing and shopping-is-foreplaying, but I’d rather that than the condescending tone Molly Wizenberg had towards her husband in Delancey.  My cookbook shelf was crowded and I had expected to ‘read and release’ this. The recipes are highbrow, more Julia Child than Pioneer Woman. But I have to make a few, so I’m keeping this one. I love the way Danny and Shauna formatted the recipes.

When How to Cook Without a Book appeared on a bride’s wish list, I did the tightwad cha-cha-cha and read it entirely (after washing my hands) before I gave it to her. Then I repented and bought a copy for myself. Pam Anderson is earnest and straightforward. But this is a book to be read more for education than entertainment. Many good tips, including using won ton wrappers for ravioli.

There is a kind of woman who makes all sorts of people consider her their best friend. That’s Ree Drummond! The Pioneer Woman Cooks welcomes you to her ranch and kitchen and walks you through recipes step-by-step. Rich in photography, in conversational writing, and in wacky humor, this might be the best place to start if you want to read cookbooks like novels, too!

After I’ve consumed these cookbooks, I’ll write another post: 5 More Cookbooks to Read 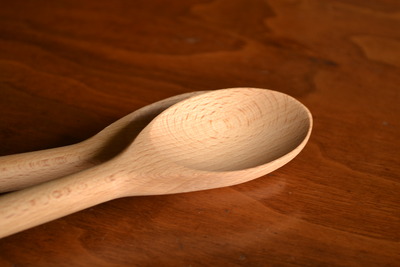 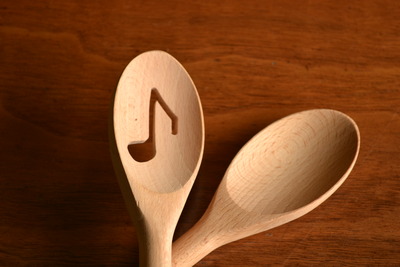 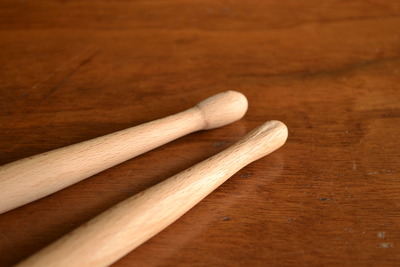 Drumsticks on the end!
Hooray!
Now you can stir your Puttanesca sauce,
flip the spoons, and lay down a cadence as
you merrily fling Puttanesca all over your ceiling. 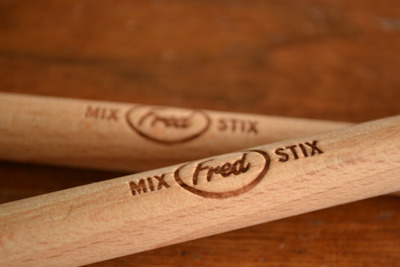 I love my Fred Mix Stix

Your joy pushes us onward,expecting and anticipating more blessings up ahead.Keep singing your songand telling your story.We are honored to be included in your harmony and script.