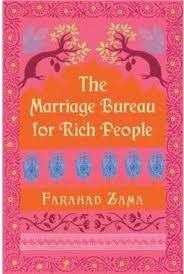 If Alexander McCall Smith were to write a book about an Indian matchmaker, The Marriage Bureau for Rich People

would be the book. Light and delightful, exotic yet familiar, this cheerful book charmed me.

Through Mr. Ali, a retired government clerk, and owner of a newly opened marriage bureau, and his assistant, Aruna, the details of daily life in India are displayed. How, for instance, offering a drink of water to a guest is traditional courtesy, necessary for basic hospitality. That doesn’t sound earth-shattering, but if you fail to offer the glass of water, great offense is given/taken. Zama names many of the Indian dishes/customs, but always offers an explanation. Some of the caste and religious distinctions are harder to grasp, but don’t distract from the flow of the story.

Gentle humor pops up like marshmallows in hot chocolate.

He scowled and turned to Ramanujam and said, “Take a seat.” He added, sotto voce, “You are taking our daughter, what’s a seat?”

What I appreciated the most about Marriage Bureau is the perspective it gave me on arranged marriages.

I never expected this of you…. Have you no thought of your family’s honor? And what about [her sister’s] future? Which respectable family will accept her into their household if you have a love marriage? I am disappointed in you. You are the last person I expected to do something like this.

We don’t marry for love. You know that. Love is supposed to follow marriage, not the other way around. A marriage is not just about two people. It is about two families.

Even better for understanding arranged marriage was this first-hand essay, First Comes Marriage, which Zama wrote for the New York Times. I am impressed and intrigued by Farahad Zama. Raised in the slums of an Indian coastal city, he was raised from the slums by the encouragement of his parents and his love of books. His acknowledgement at the end of the book made me smile: This book would not have been possible, but for […] My two boys, who think that all writers will be as famous and rich as J. K. Rowling. If only.

Thank you to Laura, without whom, I would not have known about this title. 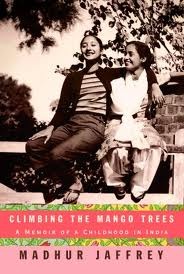