My Dad was diagnosed with pancreatic cancer Christmas Eve 1986; he had less than eight weeks left. I got the call, “Come.” I flew out the next day, met my brother Jim and my uncle Bob at Midway airport and drove to Dubuque. My dad was still breathing, six siblings gathered and we sang hymns and watched. A night and day and night and day passed.

Although he was in a coma, Dad hung on, waiting for my brother Dan. When Dan and Val came, we sang, talked to my dad, and took turns napping, no longer able to hold our heads up.

When the nurse told us the end was imminent, Mary Ann (my stepmother), my siblings, and I  stood around his bed. We just had time to say ‘I love you’ when he exhaled his last breath. It was around two in the morning.

We collected our coats and scarves and trooped over to my dad’s house. Witnessing his death was profound; we needed time to process. So we lingered in the living room and told stories. All I remember about the next hour was how loud we guffawed. Every story ended in raucous laughter followed by awkward silence. Nothing was that funny…but laughter was a way to exhale pent-up emotion.

Eventually our need for sleep superseded all others. Down in the basement we lined up borrowed sleeping bags like cord wood: seven siblings and two spouses. Lights went out, we whispered good-nights, and rhythmic breathing began.

All I could think of was that Mary Ann was sleeping alone. We weren’t especially close; our relationship was more wary than warm. But that empty place in the bed beside her became the overarching tragedy in my sleep-deprived mind.

This impulse came to me. You should go sleep next to her.  I didn’t want to. I just wanted this episode over. You should at least offer.

I argued with myself. I might step on my brothers and sisters; the basement was pitch black. Just go and check on her.  I don’t want to!  Go!  No!

Finally, I picked up my pillow and tiptoed across the basement, trod with care up the steps, opened the door, took a breath, and faltered down the hall.

I tapped on her bedroom door and whispered, Mary Ann! Nothing. I took to hissing. Mary Ann! I rapped a little louder, but still no response. In my misguided trajectory, I had to make sure she wasn’t afflicted with insomnia.

I turned the doorknob centimeter by centimeter and bent down by her ear. Mary Ann, do you want me to sleep with you?

Huh? growled a male voice roused awake. He sat up. Yikes! My dad’s bedroom was occupied by Mary Ann’s sister and brother-in-law.  Sorry! I sputtered.

Heart exploding, I skedaddled across the house, danced down the steps, tripped across the room and dove into my sleeping bag, all thoughts of being helpful dissolved.

I was telling a friend about a fresh grief, one with, potentially, a long shelf-life. About gripping tighter to joy. How joy and grief were now roommates in my soul. They share the same space, and even cross over the boundaries I’ve drawn for them.

The gnawing absence was Katie’s adored dad, who died two years ago. A loss most conspicuous those two minutes when the bride (usually) walks down the aisle holding her father’s arm.  Katie had no suitable substitute. Their solution to this dilemma was brilliant and heart-breaking.

Josh and Pastor Scott took their position at the front and the attendants walked forward. When the bride’s processional music began, Katie waited alone at the entrance. Josh picked up two red roses and approached Katie. Beside her was a table with a framed picture of her dad, his sweat-stained hat (which remarkably had her new last name on it), flowers and other reminders of his life.

Josh and Katie placed their roses before her father’s photo and took a moment to silently acknowledge his contribution to their joy and the gap of his absence. Then Josh offered his arm and escorted his wife-to-be to the ceremony.

Joy and grief sharing every step.

I loved the respect they showed in acknowledging her dad. How they faced the pain together. How their joy came in the mourning. 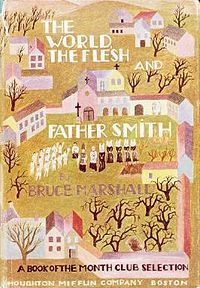