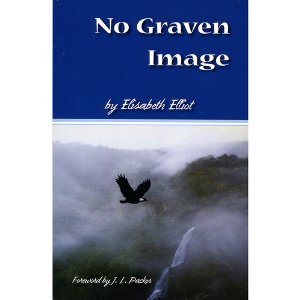 The foreword by J.I. Packer is worth the price of the book. From his advice to writers,

…there are three essentials: first, something to say, something you have seen and want to share; second, enough technique to enable it to find its own best shape on paper; third, a strong bottom on which you can sit for hours together handcrafting sentences, paragraphs, and chapters.

to his justification of the novel,

Thus, if you want to feel the force of Tolstoy’s view of Christianity, you read, not What I Believe

, but his novel, Resurrection

to his discussion of Christian fiction,

Unhappily, these moral tales, though not novels, often claim this name, and so spread the idea that this is what “real” Christian novels are like. The result, both funny and sad, is that when folk feed on this diet read a genuine novel by a Christian novelist (Graham Greene, say, or Charles Williams, or George Target, or Flannery O’Conner, or Fyodor Dostoevski, or Aleksandr Solzhenitsyn) their appreciation, if any, is overshadowed by regret and puzzlement that the author did not so manipulate his characters as to produce a straightforward moral tale, clearly illustrating the gospel.

and, finally, his assessment of how Elisabeth Elliot’s book illustrates the task of a novelist, are spot on. Four pages of profundity. I repeat: worth the price of the book.

is not a feel-good, light read. It makes demands on the reader. But it is a book I highly recommend. Margaret Sparhawk is a young single woman, a solo missionary in a small mountain village in Ecuador. The story gives an honest portrait of the joys, frustrations, doubts, questions, hopes, and confusion of a Christian trying to spread the gospel. She sees and critically evaluates both the efforts, attitudes and culture of fellow missionaries and of the Quichuas.

At the time of its publication (1966) it had to be controversial. My brother-in-law saw me reading the book and remarked, “Oh. The book where the missionary swears.” Well, yes. The missionary swears. And is shocked that such a word is even part of her vocabulary. But one word should not define the tenor of the whole book.

Though the ending isn’t happy, neither is it hopeless. There are questions: some answered, some left unanswered. The clear and flowing narrative is a joy to read.  Here are some samples:

[fashion] “Sensible” shoes carried all the stigma of the missionary spinster image which I loathed, but I could unhappily foresee my own progressive conformity to this image. Even that, however, could be endured for Christ’s sake. 85

[children’s vaccinations] If only missionary work were so simple, I reflected. If people could be corralled and injected, like so many cattle branded, without explanation or persuasion or personal sense of need. I had heard missionaries say “I gave him the Gospel!” as though it had been an injection, and now, as the comparison presented itself, I began to ponder just how important it might be that an individual be prepared for the Gospel. 151

[overwhelming need] I suppose anyone who tries to help people in any way soon becomes overwhelmed with the endlessness of the task. So he has two choices. He can give up at the start, or he can accept his limitations and go on doing what he can. 152

[Quichua culture] It was all very well to accept life and its conditions without complaining—I had been pleased to find that the crises need not be turned over to the professionals as I had been taught to think. Birth, marriage, accidents, old age, death—all these things were dealt with by the people themselves, in the sanctuary of the home as a part of the course of life, not to be interfered with by outsiders, and whatever might be said for the other side, the Indian way seemed laudably humane and in harmony with nature. 200

[simple life] Rosa sat back with one heel curled under her, one neat small foot stretched out beside the fire, and laid the baby across her lap. He burrowed furiously under her blouse, found what he wanted, and let his feet flop in contentment. His small snortings and smackings mingled with the scraping of the spoon and the rattle of the corn. Firelight, shelter, food to eat, love. You don’t know what you’ve got, Rosa. 218

[after a bad outcome] God, if He was merely my accomplice, had betrayed me. If, on the other hand, He was God, He had freed me. 243

7 thoughts on “Fiction by Elisabeth Elliot”