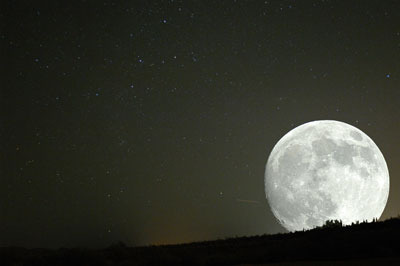 Have you ever been singing your heart out and had someone squint, frown and stare at you?  What did you just sing?  That is a way of life with me. Sometimes I even embarrass myself, hot faced, when I catch myself in lyric confusion.

One afternoon early in our relationship, my boyfriend and I were driving, listening to the radio. Paul Harvey came on.  Curt had never heard Paul Harvey, a staple of my home life.  Far from home, excited to hear someone familiar, I gushed.

He has this signature sign off, I explained. He ends each broadcast by saying The Deck!

Curt looked confused and asked *why* he said The Deck!

I didn’t know, but I’d been listening to Paul Harvey for decades and that’s what he said every time. It’s just his thing.

Curt listened carefully and never heard him say The Deck!  But he was twitterpated, so he kept silent.

A few weeks later Paul Harvey came on and Curt thought it was time to tell it to me straight.  Babe, he said, He isn’t saying The Deck!  He’s saying Good Day!  That was the first of many corrections.

Here are a few more zingers followed by the true lyrics.

Precious and few are the moments Sweet Sue can share.

Precious and few are the moments we two care share.

I am the living magazine (??? I wondered what that meant!) of the leader of the band.

I am the living legacy of the leader of the band.

My youngest was caught singing this hymn.
He breaks the can the pretzel’s in.
He breaks the power of canceled sin.
My favorite from Creedence Clearwater Revival:
Don’t go round tonight.
It’s bound to take your life
There’s a bathroom on the right.
Come on, now….it’s your turn to tell a tale!

12 thoughts on “There’s A Bathroom On the Right”