Have you ever stumbled upon one side of an internet debate about a subject which seems obscure to you but is consuming the person writing?  That’s what it was like reading John McWhorter’s contrarian book, Our Magnificent Bastard Tongue

The essence of the argument is this:

[Miscegenation = sexual relations between people of two different races, from Latin miscere (to mix) + genus (race)] There is a Celtic impact on English, McWhorter says, especially from the Welsh and Cornish languages. This Celticness of English has not been acknowledged, so McWhorter is jumping up and down, flinging evidence around to convince the reader, sure, ’tis so. 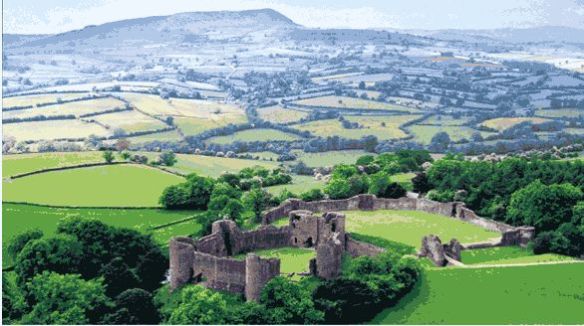 The first chapter is The Welshness of English. Sigh… I want to visit Wales.

Only language-lovers should read this book of strange focus. Follow the arguments, raise your eyebrow, smile at the coincidences. Just keep reading to scoop up the pearls.

My heap of gems includes:

• Albanian is about 60 percent Greek, Latin, Romanian, Turkish, Serbian, and Macedonian. (My girlfriend has learned Albanian in the last five years: kudos to her!)

• Basque is a language related to no other. (HOW did that happen?)

• English’s closest relative if Frisian, a Dutch relative spoken in the Netherlands.

• This quote made me fizzy with excitement. It still does!

To strike an archaic note, in English we start popping off hithers and thithers. Come hither, go thither, but stay here or stay there. Hither, thither, and whither were the “moving” versions of here, there, and where in earlier English.

• If you’ve read C.S. Lewis’ Surprised by Joy, you know ‘Balder the beautiful is dead.’  The Phoenician-German connection made me say Aha!

And then, the Phoenicians were also given to referring to Baal as Baal Addir (“God great”) — that is, Great God. Sometimes they would write it as one word, Baliddir, or even a shorter version Baldir. And there in that Old High German document is a god called Balder.

I went through the index counting languages which are referenced. Seventy!
I can’t say I was fascinated reading this book, but I can say it was fun reading!

6 thoughts on “Where Did English Really Come From?”