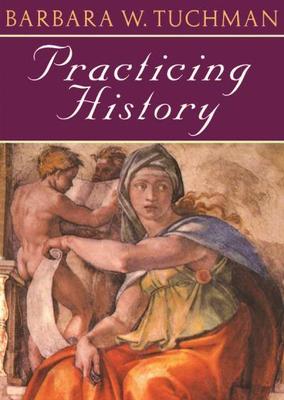 I started out loving Barbara Tuchman’s book of essays. The first eight essays, on the craft of writing history, sent me over the moon. My ardor went down just a degree or two in the next section, which might be described as history in small chunks. Although the final section, in which she comments about (1960-1970) current affairs, yields nuggets, I found myself in disagreement with Tuchman and disengaged with her writing. It seems to me the further away the period about which she writes, e.g. Medieval times, the Great War, the more I like her.  That said, I would have no qualms recommending this book to an aspiring writer or an avid student of history.

Tuchman returns often to the theme of selection, the art of leaving things out.

The historian is continually being beguiled down fascinating byways and sidetracks. But the art of writing—the test of the artist—is to resist the beguilement and cleave to the subject. 18

Happily, Tuchman utilizes some great stories that were cut from her books to illustrate this point. Striking discoveries, fascinating though they be, must fit into the structure and scope of the book to be useful.  These behind-the-scene revelations reminded me of watching a DVD with the director’s commentary. Consequently, this book is more valuable to one who has read many of Tuchman’s books.

Tucked in this collection is a love song to libraries.

To a historian libraries are food, shelter, and even muse. 76

One of my favorite essays was her portrait of her grandfather, Henry Morgenthau, Sr., an advocate of assimilation, a Jew opposed to Zionism. (His Zion was America; he wanted to be a Jew in America.) After donating time and money to Woodrow Wilson’s election, he was awarded, not a Cabinet position, but a minor ambassodorship to Turkey, a post set aside for Jews. With the advent of the Great War, Morgenthau, in his position in Constantinople, was able to give life-giving aid to Jews in Palestine, Armenian refugees, and later to Greeks.

Here is a sampling of Barbara Tuchman:

…the reader is the essential other half of the writer. 81

…concerning all cafeterias in American government basements the only polite comment is silence. 79

With the appearance of the tape-recorder, a monster with the appetite of a tapeworm, we now have a new problem of what I call artificial survival. 72

There are gems of quotations, as when Dean Acheson, asked why a meeting of senior advisers lasted so long, replied, “We are all old and we are all eloquent.” 220