I don’t have Lynne’s gift of thoughtfully reviewing movies, but I can tell you what we liked and why (grin)!  We’ve been sniffling and weakened by colds and flu so we’ve watched a stack of DVDs recently. 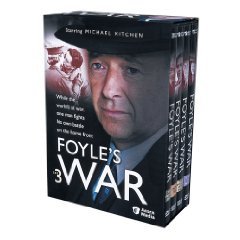 No contest, our favorite has been Foyle’s War.  We’ve finished the third season.  This is a detective series which takes place in southern England during WWII.  The acting, soundtrack, cinematography, dramatic tension all combine into excellent viewing.  The plots are complicated enough that we are engaged throughout entire episode.

I am fascinated with Foyle’s (Michael Kitchen) facial expressions which convey volumes; he chews the inside of his lip, raises an eyebrow and lasers suspects with his penetrating eyes. 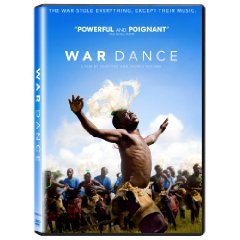 The cover is not a good representation of the movie.  A school in Northern Uganda is going to music competition for the first time.  Most kids are orphans, having survived trauma we can only imagine.  Their memories fade to the background when they sing together.

The storyline resembles Rocky, but the compelling parts of this documentary are the interviews with the kids and scenes from their lives.  I don’t think I will ever forget the raw grief displayed by one girl when she visits her father’s grave for the first time.

Not a feel good movie, but worth watching.  Caution young kids. Kleenex required. 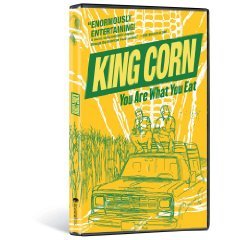 Doesn’t just the word documentary sound…dreary?  This movie was anything but boring.  Ian and Curt, two college buddies, decide to grow an acre of corn to better understand the role of corn in our food system.

We follow their progress and meet the folk that live in Greene, Iowa.  Having read Michael Pollan, and having been introduced to the idea of the monoculture of corn, we found this easy to track.

I’m not sure what the solution is, but I’m getting a better idea of the problem.

What can I say?  Read the book.  The story just didn’t tranlate well into film.  What came across as profound struggles in the text looked very soap-operish on screen.  The casting didn’t come close to the pictures I had drawn in my mind.

This is a story of a headstrong girl who forfeits her character, close friendship with her father, reputation, and self-respect for the love of a scoundrel.  No doubt, it illustrates how powerful sexual attraction is.

The movie ends with the first book of the trilogy.  Kristin gets her way, but there is nothing satisfying about it.  Brief nudity.

Outsourced was a cute movie.  Until.

Todd’s job has been outsourced and he is sent to India to train his replacement.  He makes all kinds of cross-cultural gaffes (e.g. eating with his right hand) and remains frustrated as long as he supervises his Indian crew with an American mindset.  There are several laugh-out-loud situations.

The movie turns a corner after he wades into the pool and is “baptized” with an transformed mindset of humility.

The two main characters make a sudden leap from their business relationship into bed.  Can anyone say “casual sex?”  If it weren’t for such a fragmented (and frankly immoral) approach to sex, this movie might have been worth recommending.