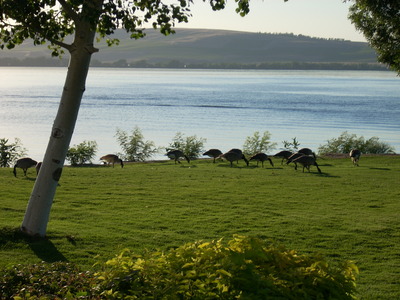 Geese on the lawn by the Columbia River

Early in the morning, we heard of the death of Tony Snow.  We really liked Tony Snow.  And he’s very, very close to our age.  Like us, he had three kids.  We will miss you, Tony.

The mail delivered a Jackson Browne CD.  We plopped it in the player and a blue funk sort of followed us around the house.  There is no one who sings sad songs better than Jackson Browne.  It fit our mournful mood.

A young friend of ours was married this afternoon.  It was an expurgated wedding ceremony: any mention of God, Lord, ceremony, or sacrifice was removed.  The Officiant was a twenty-something man who received a license to perform a marriage ceremony over the internet. The word “covenant” and “husband” and “wife” had one mention a piece, but it was mostly partner, love, listen, laugh, love, partner.  The couple was thoroughly consistent with their beliefs, but the overall effect was disheartening.

The Anniversary Dance (where all married couples dance, and start sitting down if they’ve been married 1 year, 5 years, etc.) was the only time Curt and I danced, singing to each other, “Can I have this dance for the rest of my life?”  The last two couples standing were the bride’s two sets of grandparents.  We all applauded them with abandon.

One Grandma was hunched over at the waist, her husband tenderly holding her.  They have been married 65 years.

The other grandparents barely moved, just swayed and smiled.  That Grandpa, battling cancer-with that toxic look of a chemo patient- used all his reserves to dance one last dance with his wife of 52 years.  His sun is setting, and he appears to have months or even weeks left.  A very throat-lumpish day. 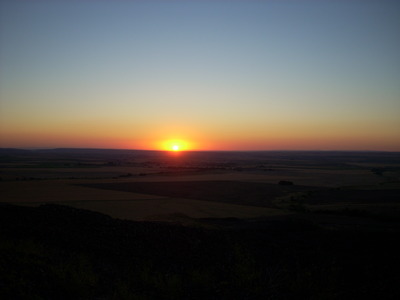 1 thought on “A Throat Lumpish Day”