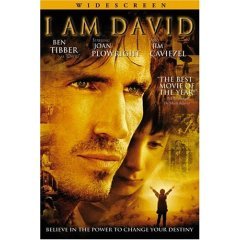 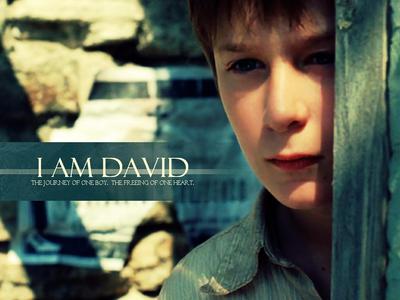 Not since Sweet Land

have I been so captured by a movie.  I Am David,  based on the book North to Freedom

, tells the story of a twelve year old boy who escapes from a Communist labor camp in Bulgaria with instructions to deliver a mysterious sealed envelope to Denmark.

After leaving a gray, grim and grimy life of picking up rocks, David is introduced to brilliant colors, freshly baked bread, rich music, family, prayer, fields of sunflowers…a beautiful life.  He hardly has the capability of understanding truth, beauty and goodness.  He has to learn how to smile.  Read that sentence again.  He doesn’t know how to smile.

The slow transformation of David follows a series of cleansings.  Washing up plays an important role in this film.  I saw in David what I’ve seen in the lives of several friends who have come out of toxic and abusive marriages.  It has taken a series of cleansings to wash the grime and grit and dirt and lies out of their souls.

It is a process to learn to trust again.  A series of encounters help David trust someone enough to open himself and tell his story. The women who does the most to convince David to trust her is aptly named Sophie (Sophia is Greek for wisdom).

Ben Tibber plays this role to perfection.  His serious face will stay with me for weeks.  Stewart Copeland’s soundtrack captures both the bleakness of life behind wires with ethereal vocals and the movement of the open road with some dynamic harp and orchestra.  You can hear soundtrack snippets and see the trailer here.

I highly recommend this film.