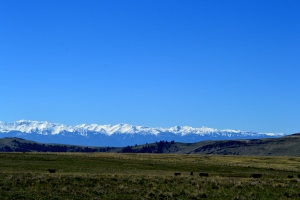 Nothing motivates me to read a book more than deciding to give/sell/swap it and someone else wanting it. The mailing deadline puts me into a panic and the book that has been sitting, unread, on my shelf for decades suddenly must. be. read. Stat!

Such is the story of Marcus Aurelius and His Times. I remember the moment it came into my life. I was at the annual book sale at the local university and my friend/former boss — a skeptic who loved to spar with me over existential stuff, until we had to limit those rambling discussions to Thursday, because we did Theology on Thursday — walked up to me and put this book in my hand. Bakker, he said, you need to read this. And since he had very high literary standards, I clicked my heels and bought the book. That was in the vicinity of 1993.

As is universally the case, I am astonished at how easy it is to read words from so far back in history. Words that make me giggle aloud:

“Are you irritated with one whose armpits smell? Are you angry with one whose mouth has a foul odor? What good will your anger do you? He has this mouth, he has these armpits. Such emanations must come from these things.”
— M. Aurelius V. 28.

Aurelius advocates a humble approach to life, laced with thanksgiving. I see myself, alas, in the second man of this meditation:

As a horse when it has run its race, a dog when it has tracked its game, a bee when it has made its honey, so a man when he has done a good act does not call out for others to come and see, but goes on to another act, as a vine goes on to produce again the grapes in season.”
— M. Aurelius, V.6.

I skimmed the Lucian section but stopped long enough to be enraptured by the phrase “travelers must bedew it [the path] with sweat.”

I was most eager to read Justin Martyr. I’ve read a few early Church Fathers and I declare I find Justin the most accessible. His description of the cross as fundamental to life on earth surprised and delighted me.

The final bonus excerpt from Walter Pater’s ‘Marius the Epicurean’ gave me the most satisfying quote:

“Those august hymns, he thought, must thereafter ever remain by him as among the well-tested powers in things to soothe and fortify the soul. One could never grow tired of them!”