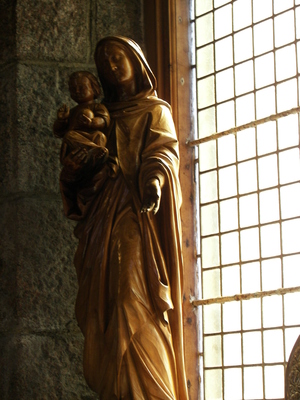 Once there was an older boy who was wondering to himself about Christmas: I wonder why we make such a big deal about the birth of Jesus when his birth really doesn’t save anyone?

The question was not going away, so he approached the theologian of his family, his father. Dad, since the birth of Jesus doesn’t really save anyone, why do we make such a big deal about it?

His father was very pleased with such a question, and he began to think of a helpful illustration. So he asked his son: Whenever you play a game of baseball, what do you need?

His son began listing all the components he could think of. A baseball, a bat, a glove, a playing field, four bases, 17 more players, and an umpire. He looked questioningly at his father.

You also need to know the history of the game, the rules, and baseball strategy. You need the skills to hit, throw, and field the ball. You need a scorekeeper, base coaches, a line-up, grandstands, a crowd, hot dogs, and coke. The father stopped there and looked at his son.

So, what’s your point? The boy asked. His father smiled–he loved that question most of all. If you only had a baseball, could you play the game?

Of course not, said the boy.

The father’s anticipation grew as he asked the clincher. If you had everything else, but no baseball, could you play the game?

The father stared at his son. He wanted him to figure this one out on his own. The boy was thinking hard.

Oh, I get it. If you had the whole plan of salvation without the birth of the Savior, you would not have any salvation!

Just like you need a baseball to play the game, the birth of Jesus is required for the salvation of the world.

So, when you look at the baseball sitting on your shelf, you automatically make connections–you hear the count, you see base hits, stolen bases, and strike outs, and you smell the snack shack.

When you see a nativity scene sitting on the coffee table, you should automatically hear Isaiah’s predictions of the Messiah, you should see Jesus living a sinless life, dying as a sacrifice for the sins of the world, rising from the dead in complete victory, and ascending to the right hand of the throne of God, ruling over the nations until all his enemies are made his footstool.

Christmas is therefore a crucial part of salvation’s story. Without Christmas there would be no salvation. Just like without a baseball there can be no game.

No, the father said, it’s better than cool. The Incarnation is part of a perfect, no-hitter, shut-out game. It’s one inning of an absolute blowout. And we get to stand in the 7th inning stretch and sing the Doxology.

1 thought on “So What’s the Point of Christmas?”